The excellent song cycle Poema en forma de canciones by Joaquín Turina has been recorded by Soprano Ursula Maria Kleinecke, accompanied by guitarists Adam Pettit and Gregg Nestor, and is included as a download with this edition. The music and recording are available here. The songs are as follows: 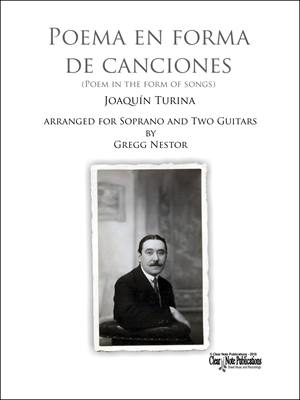 My music is the expression of the feeling of a true Sevillian who did not know Seville until he left it… yet, it is necessary for the artist to move away to get to know his country, just as it is for the painter who takes some steps backwards to be able to take in the complete picture.
Joaquín Turina