Gregg has made some delightful arrangements of British composer W.H.Squire’s Tarantella, Op. 23 for guitar and orchestra and guitar and piano.  The piece is available in several versions: the Basic Edition includes the guitar part and MPO audio download (full score optional); the Performance Edition has the guitar part, MPO, full score and orchestral parts; the Piano Edition comprises piano and guitar parts plus MPO. 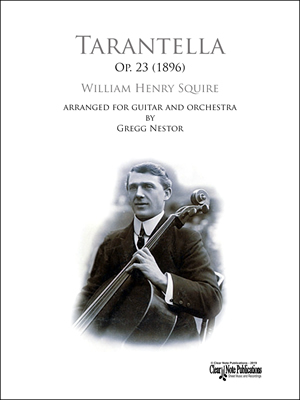 William Henry Squire (1871-1963) was a British cellist, composer and music professor of the late 19th and early 20th centuries. He studied cello at the Royal College of Music, and became professor of cello at the Royal College and Guildhall schools of music. He was principal cello in several major London orchestras and helped to popularize the cello as a solo instrument in the early years of the 20th century by giving public concerts throughout the British Isles and making recordings.

By the late 1890s, when Squire was employed by the Queen’s Hall Orchestra, he was already busy publishing a great deal of cello and piano music. He preferred to write small scale works for one or two performers, most likely written for cello students or for his own performances at London concert halls. His pieces for cello and piano can almost entirely be characterized as light, short “character pieces”. Several of his pieces were premiered at London’s Henry Wood Promenade Concerts with Squire himself often performing the solo cello part.

The Tarantella, Op. 23, (1896), has been the most popular Associated Board Musical Examination selection of W. H. Squire since first chosen in 1928. 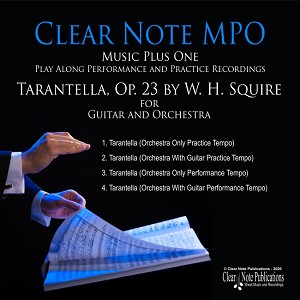 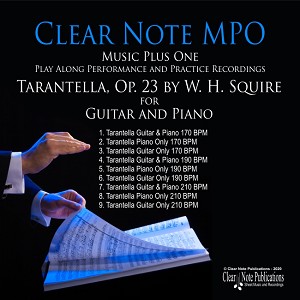 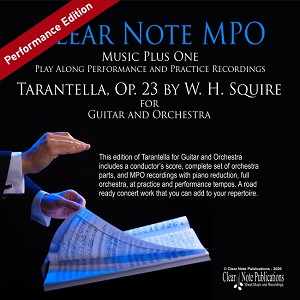