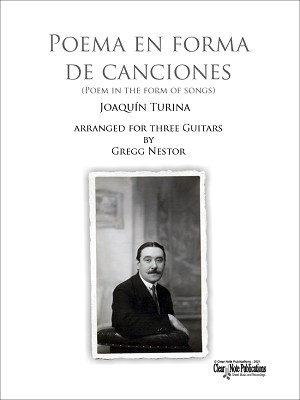 My music is the expression of the feeling of a true Sevillian who did not know Seville until he left it … yet, it is necessary for the artist to move away to get to know his country, just as it is for the painter who takes some steps backwards to be able to take in the complete picture.

Joaquín Turina’s successful synthesis of the early-twentieth-century French School and Andalusian folklore, embodied in the classical genres of chamber music, was no small feat. As a Spanish composer seeking to express his national identity through chamber music, he had very few precedents to emulate. Falla and Albéniz advised Turina to embrace his heritage as an Andalusian musician. Albéniz is reported to have said: You must base your art on Spanish popular song, on Andalusian music, because you are from Seville.In later years Turina would recall this conversation saying: Those words were decisive for me, [and] they are a piece of advice that I have tried to follow throughout my career.