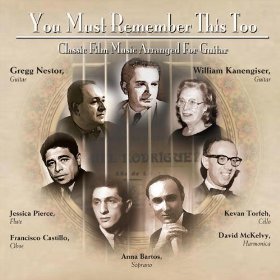 Few things encourage artistic rediscovery so much as a change in perspective. The music represented on this disc has endured in the memory of both film-goers and music lovers; but in adapting these pieces for two guitars, in arrangements based faithfully on the composers’ original scores, guitarist and arranger Gregg Nestor encourages us to both renew and rethink some old acquaintances.

Miklós Rózsa: Double Life with music for film and various instruments, including guitar

After scoring the film Dead Men Don’t Wear Plaid in 1981 Miklós Rózsa decided the
time had come to end his career writing music for movies. Starting with Knight Without
Armor in 1907, he had by now written ninety film scores, a body of work that forms one
of the most important contributions to the art of film. Forty-four years is, as he points out,
a long time to be associated with any particular form of composition. It is indeed a
remarkable track record, although in his case it is made the more remarkable by the
fact that it forms only half of his musical life.

When Rózsa published his autobiography in 1982 he gave it the title Double Life,
which, he is quick to point out, refers to his professional and not his private life. To an
extent unmatched by any other composer, he has been able to divide his time and his
productivity between composition for film and composition for the recital and concert
halls. While he is acknowledged for his mastery of film scoring he is equally recognized
for his chamber, choral and concert works, almost all of which have been recorded. In
fact, few Twentieth century composers are as well represented on records as Miklós Rózsa.

Until now Rózsa has always resisted any suggestions for record albums that
combined his film scoring with his chamber and concert works, feeling that the two
sides of his musical double life should be kept apart. However, now that he has
revealed what he calls “the two-faced nature of my professional life” in his
autobiography, he feels it might not be amiss to let the two Rózsas sit side by side on a
disc. 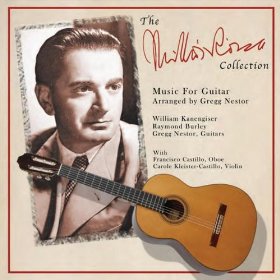 Few things encourage artistic rediscovery so
much as a change in perspective. The music of
Miklós Rózsa represented on this disc has
endured in the memory of both film-goers and music
lovers, its popularity confirmed by time; but in
adapting these pieces for two guitars, in arrangements
based faithfully on the composer’s original scores,
guitarist and arranger Gregg Nestor encourages us to
both renew and rethink some old acquaintances.

“Andres Segovia used to say that one is able to capture
all the different fragrances of the orchestra on guitar,
but viewed in a bottle, in miniaturized form,” observes
Nestor. “A guitarist can produce tone-color changes
on the strings; he can imitate qualities of a particular
instrument. The challenge of these arrangements was
to bring forward the most important elements from
their orchestral guise. The guitar, being a plucked
instrument, can expose individual voices, voices you
might not have heard before, and make them very
clear and distinct. It focuses the basic substance and
can highlight the structure of the music.”

According to Gregg Nestor, the music of Hungarian-born
composer Miklós Rózsa (1907-1995) is
especially suited for guitar adaptation, “because you
hear someone who is always thinking orchestrally. His
musical lines are not static; the canonic imitation and
contrapuntal voices lie very well for guitar.” 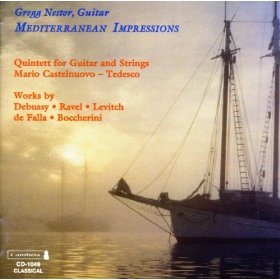 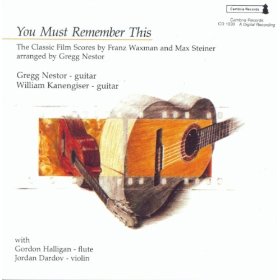 Download You Must Remember This CD Full-Color Digital Booklet (PDF)

May 10th, 1988 will mark the centenary of Max Steiner’s birth. It is therefore most timely that Gregg Nestor and William Kanengiser collaborate to produce a recording honoring Max Steiner and Franz Waxman on this occasion. The selections Mr. Nestor has chosen for his two-guitar renditions are most appropriate, since they represent the wide breadth of their musical vocabulary. This recording will be well received by Franz Waxman and Max Steiner fans around the world.